Hey there, friends! I hope that those of you in this heat wave are staying cool and hydrated. I haven’t been turning on the stove much this week- lots of salads in our home! 🙂 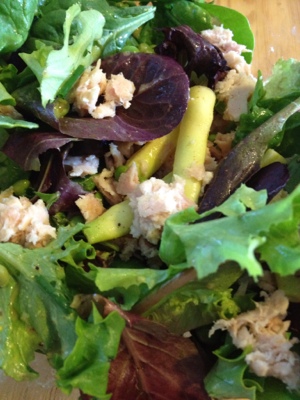 It’s the best time of the year for salad ingredients around here. 🙂 Tonight’s salad had fresh yellow beans, chives and basil!
On Tuesday night, I ran a race called the Heart and Sole race, in Pittsville, WI. The proceeds from that race went to support their firemen. I love small town races! 🙂 I told my friend, George, about the race, and we ran the five mile race together (almost). When we got to registration and bib pickup around 6:30, it was a balmy 94 degrees.

They had a trumpeter play the national anthem, which was a nice change from the usual vocalists. Can you see him playing over on the left?

I wore my Mizunos and pink socks. 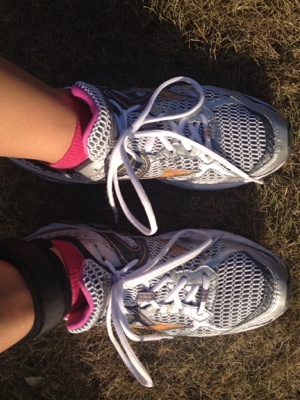 It was a very Heidi-esque outfit. Running skirt, of course… And loads of sweat. This race was hot. In my mental plan, I was thinking I’d stick to 9:15s for the course. Around mile 2, I passed this guy. 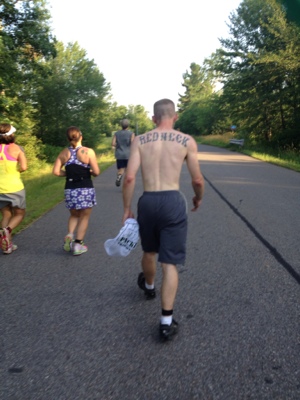 He added new meaning to a small-town, down-home, farming-country race. Yikes.
It’s almost like I didn’t take into account the severity of the heat- I was nailing that pace for the first three miles, but then I got sick to my stomach. A few dry heaves later, it was apparent that I had nothing left in my stomach to puke up, and I heeded some sound advice: “Suck it up, buttercup.” it’s not like I was running to win, there was no prize money for me at the finish, and I wanted to enjoy some of the homemade granola and beer! I rolled in at a casual 51:40. The sweat was running down my legs, it was nasty. I kicked a few little kids out of the sprinkler and stood there with the cold water spraying on me to cool down.

I finished with a smile on my face, and George and I headed home.

Brian and I ran down to the river to do a little night swimming to cool off.
On the fourth, I woke up late and spent the morning with my pups and Brian. 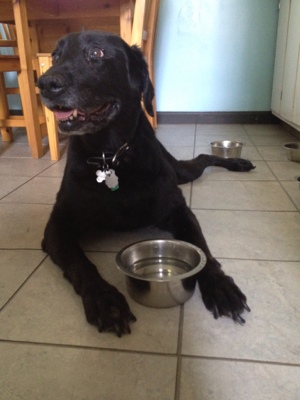 Misty has been on an ice cube diet this week, to help keep herself cool. I love that old dog.
We did a lot of work up in the office, despite it being 95 degrees up there! We’re preparing it for an air conditioner- it should arrive tomorrow. It’s getting hard on me to do all my editing and photo work down in the living room. I can’t separate work and home, when it’s literally a shared space. I’m so happy that we got that work done quickly, so we could head to the beach!

Hello, Sunset Lake! It was packed, but nice and cool.

When we got home, we decided to take Abbie out for a run. I hadn’t taken her out for exercise at all this week due to the heat, and we were all going crazy on day three of no Abbie-cersize. We took our cruiser bikes to Belts, and stopped every mile or so to give Abbie a break and some water. She even got her own ice cream…

…and she got a ride, if we thought she was getting too hot.

Thursday brought a trip out where tractors are a mode of transportation… Lakeview Berry Farm! 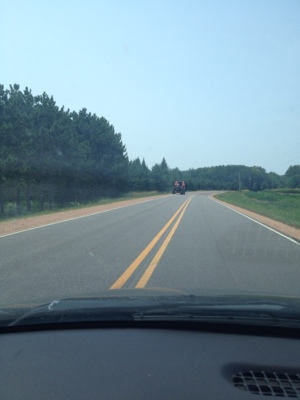 They’re featured in an article in the August (inaugural!) issue of Hoopla, coming out soon. Until then, here’s a preview. Let’s go berry picking! 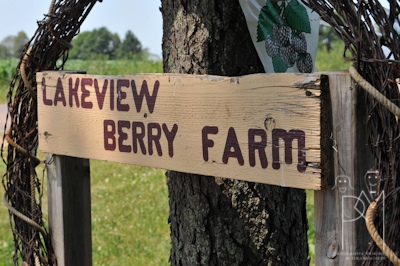 Those blueberries are huge! 🙂
Friday was the start of packing and traveling for our camping weekend! For the most part, clients of ours aren’t getting married on holiday weekends, so we get to spend those weekends doing whatever we want. We headed up to the Minocqua area to camp at Clear Lake. We encountered some hail on the way up. 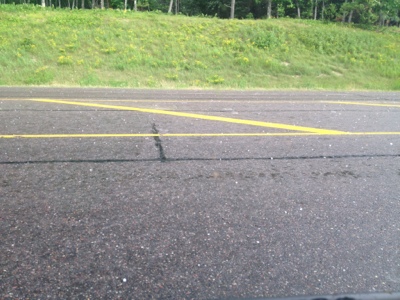 And a serious rainstorm.

Since it was storming with lightning when we arrived at the campground, we couldn’t unpack the tent or cook dinner. Since I’m such a gourmet chef, I opened the box of wheat thins, pulled out a block of cheese from the cooler, and cracked open a couple wheat beers.

We know how to keep it classy. This weekend was full of swimming, paddling, missing our pups, fishing, lots of sleeping, reading, trail running, hammock-ing, and cooking over an open fire. We also got to meet up with Jen and Josh (and Jen’s parents) in a feat of amazing scheduling on two vacations (Thanks for meeting up with us, guys! We’re SO excited for your MKE wedding!). Here’s the weekend in photos… 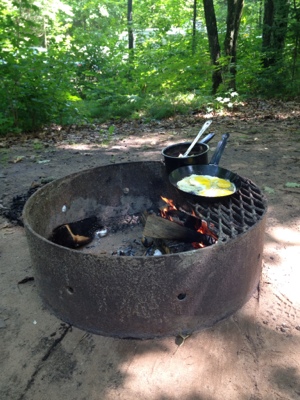 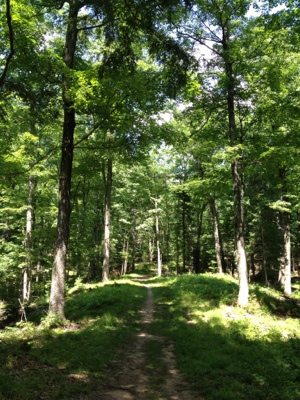 What is that? A pay phone? 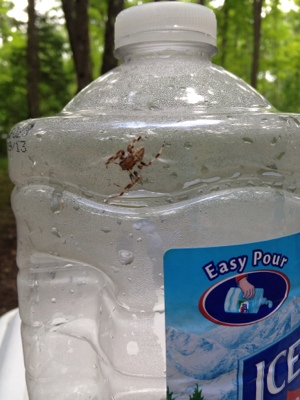 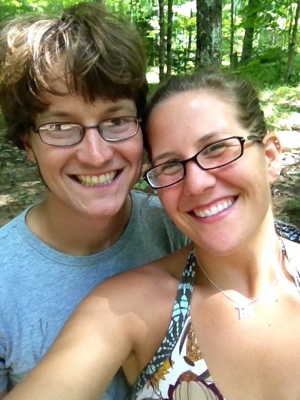 We’re home safe and sound- and it took me a day to wash all the dishes, do all the laundry, and catch up on some photo work while recovering from the weekend. I hope you’re all doing well!