How did I get into conservation and fly fishing, anyway?

It’s a pretty simple story, and a perfect example of the butterfly effect. A couple years after I graduated from college, our photography business was growing and we were making a name for ourselves in our small college town. I was very close with my professors in our department as a student, and our department chair’s husband is an active Trout Unlimited (TU) volunteer. He knew of our photography, so he contacted me and asked if we could meet for coffee- he had a request for me.

To be honest, I kind of put it off. I didn’t know what TU was, and I was busy! Thankfully, he was persistent, and we eventually met at my favorite local coffee shop. He talked to me a little bit about what Trout Unlimited does in conservation, and asked me if I’d be willing to donate my time and take before, during, and after photos of their local stream restoration projects.

Of course, I thought this was really interesting. I didn’t fish, and I didn’t spend much time in small streams. As a sea kayaker, I’ve spent lots of time on the water in a very non-intrusive way, but this was something totally new. I immediately agreed to help them out, and before I knew it, I was out on their streams with my camera. 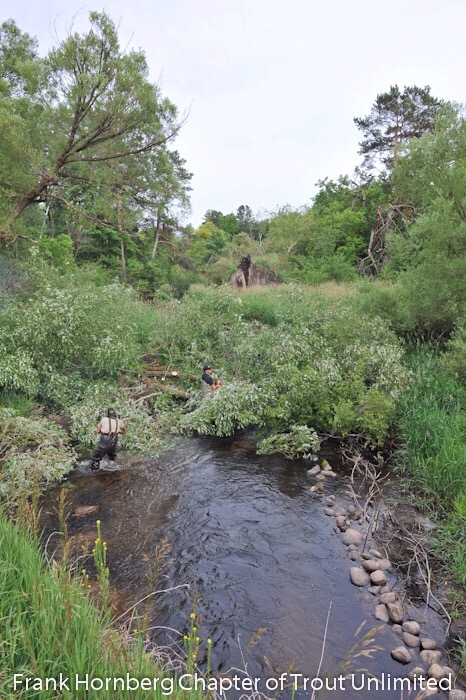 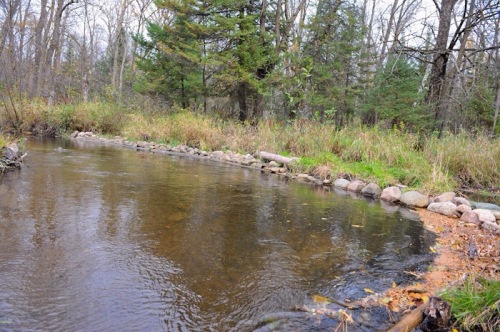 I brought the photos to their board, and asked them what their plans were for these images. I thought they were very powerful, and wanted to see how big their reach is. As it turns out, they had an outdated and not-maintained website, so I offered to build them a new one and run it. Shortly after, they created a position for me on their board, and I started learning more about what Trout Unlimited does in our community.

On those stream outings, the guys were always picking up rocks to look for bugs. They talked to me about the bugs that trout eat, and what different bugs indicate about the ecosystem below the water surface. In fly fishing, the “bait” is called flies. Some of the guys tie their own flies, out of special feathers, thread, and various materials. Some of the guys had flies with them, so they showed me which bugs the flies are supposed to imitate. I used to make a lot of jewelry, and I’m a crafty person, so I was quickly interested in fly tying, and went to several TU-hosted workshops.

In the winter, my chapter gets together to build lunker structures that we install when the weather is warmer. They even let me help! I kind of think of building lunker structures as Habitat for Humanity for trout. The structures go into a stream bank (or we create a new one) and give the fish a place to hide and safe places to hang out.

I have met some awesome people through my work with TU. Our university has an incredibly intelligent and approachable hydrologist, who worked diligently with me to help me understand groundwater in a more accurate way. It’s a pretty complicated system! The university even sent me out with them when they tested water flow on some of our local streams, and explained to me the different variables that make a difference in the health of a stream. That led to me being invited along with the DNR on some of their fish shocking outings. Fish shocking is the casual way to refer to their fish survey techniques. They basically put an electrified probe in the water, and the current causes a little muscle spasm on the side of the fish that is the closest to the probe. It causes them to swim toward the probe, and the fisheries guys net them up, measure them, then let them go. 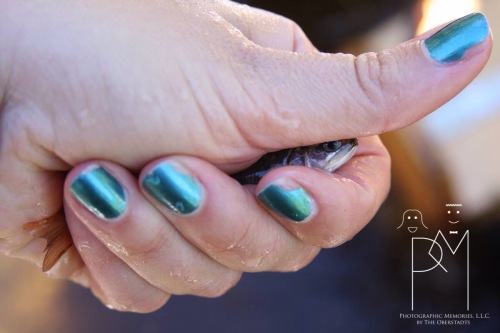 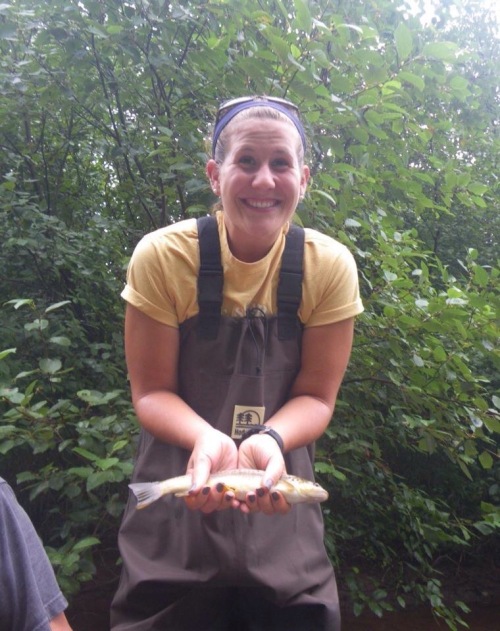 They’re so efficient- the fish are hardly out of the water, and they seem to be totally unharmed. It’s not like a tazer kind of shock! Being such a soft-hearted girl, I was worried about hurting the fish, but they reassured me that the fish continue on their merry way. These surveys help the DNR learn the diversity of fish in a stream, the age of the fish, and the health of the stream… if there aren’t any young fish present, it probably means that the fish can’t naturally reproduce in that section of stream. It’s so interesting, and I got to see some of the prettiest (and tiniest!) fish in some of my home water.

I learned more about the threats to water in my area, and in the Central Sands area of Wisconsin, where I live, high-capacity well pumping is the problem. Well, specifically, over-pumping. A lack of DNR’s ability to effectively judge cumulative impact in the past has caused major problems. I became active with the Central Sands Water Action Coalition and met many folks from river and lake associations who are watching their streams and lakes dry up, quite literally.

I’ve found it a good challenge to raise awareness of groundwater problems since we can’t see the problem until it’s too late, and it manifests itself on our surface water, or in dried up streams like in the photo above.

After a couple years of volunteering, my local TU chapter gave me a fly rod and reel at their banquet, as a gift for helping to bring them more up to date with media. Here’s a very cute picture of me holding the rod awkwardly after the presentation, because I’d never held one before! 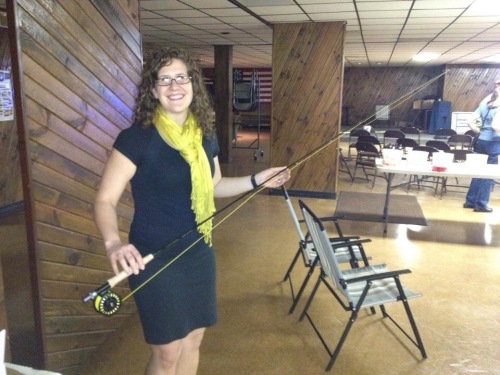 They also gave me a scholarship to their Fly Fishing School, so I could learn how to use it. I waited anxiously for a few months until the school, then I learned about casting, the gear for fly fishing, the knots we use, some of the bugs, and how to read a stream.

Those TU guys in my chapter really know their stuff! Most of them have been playing in the water since before I was born, and they were surprisingly eager to share their knowledge and passion for fly fishing with me. We went fishing after the school, and I caught my first trout, a beautiful little brookie.

The hot pink spots just blew my mind. I didn’t touch her, I was afraid I was going to hurt her! That’s when I knew that I wanted to spend my time helping to protect these gorgeous creatures and the bigger environment that they represent. Our beautiful “canary in the coal mine,” if you will…

TU isn’t necessarily a fishing organization, but there is a strong connection between trout and stream health. Trout are a very delicate fish, and they can’t survive in warm water. When the water becomes warmer for a variety of reasons (erosion, less cold water coming in, warming air temperatures, etc…) trout cannot thrive. Our only native local fish, the brook trout, is the most sensitive of all trout. A perfect example of this is on the Tomorrow River in Amherst. It’s about a 15 minute drive East of my house, in a tiny little town. In Amherst, there is a dam on the river, and a big mill pond above the dam. On the river upstream of the dam and the pond, brook trout are living happily and healthily in nice, clean, cold water. When the river widens for the pond, it is stagnant, and wide, and shallow, and the water warms up several degrees. There is also poisonous blue-green algae thriving in the pond. Don’t kayak in there! Below the dam, there are no brook trout. The water is too warm for them to survive! The pond has totally changed the ecosystem of that stream, and fish are no longer able to swim up and down that river naturally. It’s a manmade problem. 😦 Fly anglers, due to the nature of the sport, often spend time in their waders (waterproof pants), standing in the water. They go back to the same places again and again, and can see changes over time. That’s why there are so many fly anglers concerned about the health of our streams!

So, I learned what TU does, and I learned to fly fish, and I learned more about the environment and cold water conservation, then I learned the key players in water in our area. The Wisconsin State Council of TU asked me if I would be willing to help them get more women involved in TU and get more of our current female members engaged at the state level. I jumped at that chance, and I became the first women’s initiative chair on the state council. I started learning more about the challenges to water in our state, rather than just my region, and I started connecting with lots more like-minded women. One of the big challenges to healthy water in our state was the Penokee Hills and the impending Gogebic Taconite mine. Our Wisconsin NLC rep (leadership within national TU), Bill Heart, took me up on a tour of the proposed mine site, took me through the Native American camp on the land, and showed me first-hand the beauty of that area. 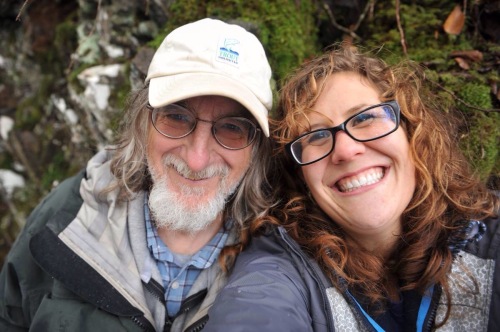 After a couple years of being the Wisconsin Women’s Initiative chair, I found myself working as a contractor for national TU, continuing to further the women’s initiative- getting women involved, engaged, and helping to encourage and lift women up into leadership. Those of you who have known me for a while know that I’m a big advocate for empowering women and diversifying leadership in our country. I grew up with an incredibly awesome and strong single mother, and I’m a girl from the “Girl Power” generation.

I’ve even gotten a couple photography gigs from the folks that I’ve met through TU. A couple guide companies and a few articles, and I’ve gotten to travel and hang out with some very cool people. 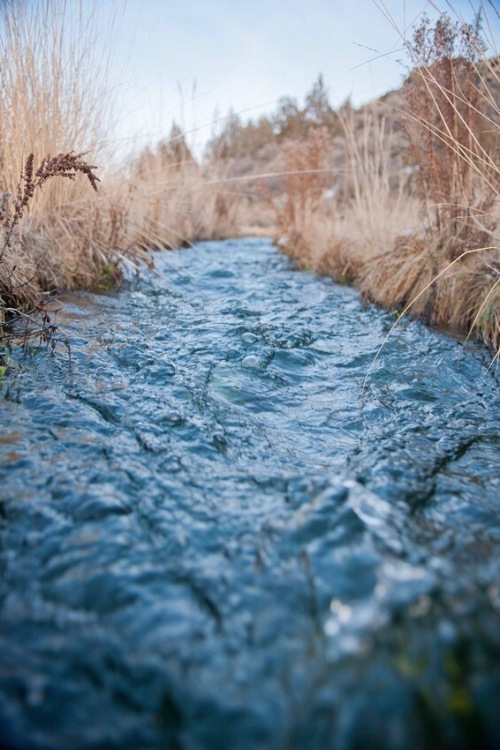 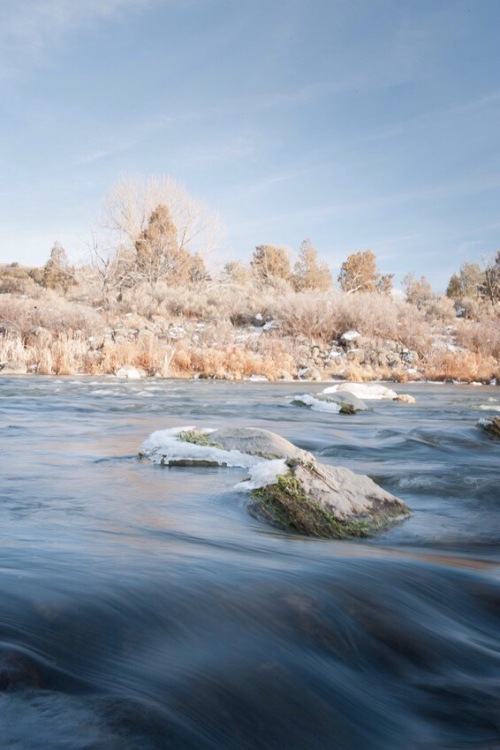 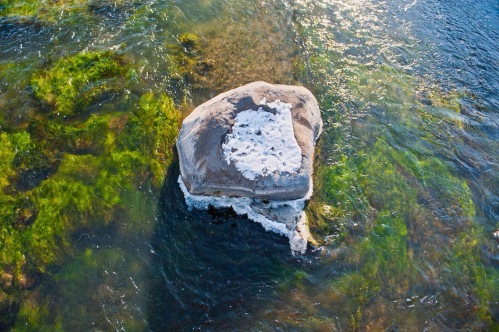 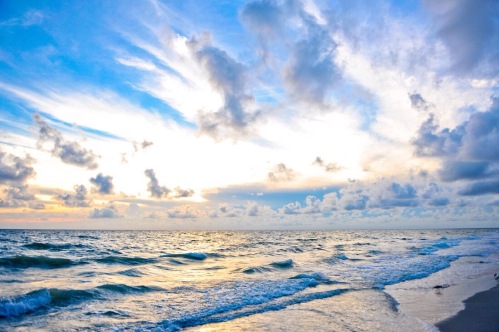 I have gotten more and more involved with politics, as well. I didn’t realize, until spending time volunteering for TU, that there are a lot of politics in conservation! I wanted my opinions known, so I’ve taken advocacy trainings from the River Alliance and befriended folks at the Wisconsin League of Conservation voters, and I’m working to make sure that my legislators know that I’m here, and I’m speaking for the fish. It’s not just the fish, though… healthy, cold water for the fish means healthy, cold water for us. For our kids. For our drinking water. The water is all the same, and someone needs to look out for it. 😀

So… that’s my story. How a girly-girl turned into a serious conservationist, fly angler, and educated advocate for water. My involvement with Trout Unlimited has changed my life, and I wouldn’t have it any other way! 🙂

Thanks for reading and following me on my adventures!