After those dusty, hot Lifest days, we recovered with a dip in the Chain of Lakes in Waupaca.

One of the things that I love the most about those Wisconsin lakes is how turquoise/blue they are.

My friend (and our occasional intern) Chris Pruitt, took that photo of my little brookie going for a swim. 🙂 Marl lakes are awesome because the high mineral content of the soil binds extra nutrients, inhibiting the growth of algae. The white muddy bottom also reflects the water in a unique way!

We played with my SUP and Brian’s kayak until we were completely exhausted. I love long summer nights. 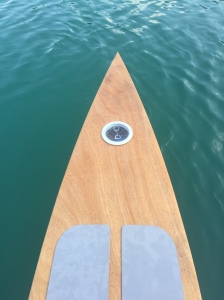 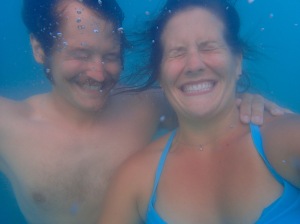 Thanks for the invite, Chris!

Looking at those photos just reminds me how spoiled I am… Brian built me that wooden SUP and it is absolutely gorgeous- it tracks straight and looks great!

Obviously, we crashed hard on Sunday night, and I woke bright and early for a shoot with these beautiful Collectivo coffee beans. I look at this image and I can practically smell the aroma… I think I’m doing something right. 🙂 Product photography of consumables is supposed to make your mouth water!

Smelling, drinking, and agonizing over the details of those beans woke me up so I could head over to the KI Mobility ground breaking at their new location. It is so exciting to see a local business growing as quickly as these guys have- and they build some amazing products! 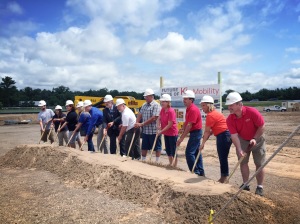 I haven’t been to many groundbreakings, so it was pretty exciting! The mayor, city staff, and other alderpersons all had the opportunity to participate- I’ve never done that before! Put on a hard hat, and use a golden shovel to scoop some dirt? If only all construction was like that. 😉

A little yoga, a little running, and a lot of laundry…

…then I was packing to head off for another adventure, as a counselor at the Wisconsin Trout Unlimited Youth Fishing Camp.

That recap is up next! As always, thanks for reading, friends!

Being in a wedding is exhausting! 🙂 Brian and I stayed with Abbie at the Jefferson Street Inn, so we could just walk over to the gift opening brunch. That hotel was really quite wonderful! We’ve shot weddings there before, and I’ve loved working with their catering and event staff, but we’d never actually stayed there. Our room was classy, the front desk staff was very friendly (I needed extra shampoo to get all the hairspray out of my updo!), and they let Abbie stay there for a small fee. The trip signified many “firsts” for Abbie- her first hotel stay, her first carpet experience (we have hardwood and tile), and her first ride in an elevator! She was such a champ. I love that cutie! We took her for ice cream at Briqs to celebrate. 🙂

I started the next week with an adorable family/maternity shoot with the Bakken family. Kendi is beautifully pregnant with Teddy, so we had a fabulous shoot with these guys! 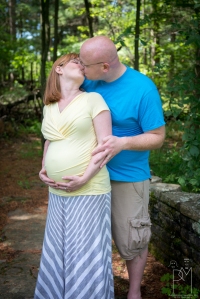 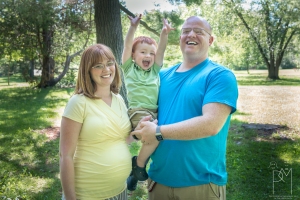 It’s safe to say Jace is excited about becoming a big brother! 🙂

After their photo shoot, I went for a run around the park. I found a little trail that I hadn’t run before, and I loved exploring. 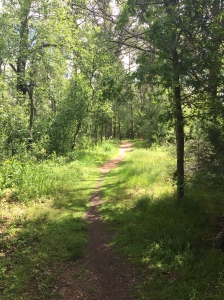 Hot, humid runs are a special kind of cleansing. 🙂 I got home in time to clean up and finish studying before my first full city council meeting. Here’s the view from my new “office…” 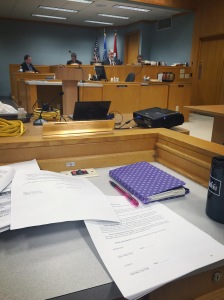 …and of course, a selfie with the alders from Districts 5 and 6. 🙂

Our friend, Ali, had a cancelled flight, so she was in Stevens Point for an extra day. We met at Emy J’s, caught up, and I learned all about her Brooklyn life! New York sounds like a completely different experience- I’ve been there once, but we went and visited all the sights that tourists typically see, so it wasn’t a really authentic experience. 🙂 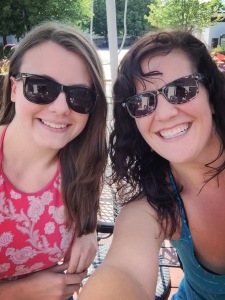 I finished out the week with some fabulous senior portraits for Bram. He’s a very talented soccer player and avid fly angler, so we had a variety of locations for the shoot. 🙂 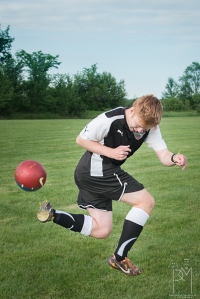 It was great to work with you, Bram! Thanks for not kicking that soccer ball right at my head. 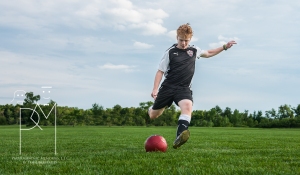 Shots like this are a sure sign of trust… I wouldn’t lay down on the ground with my gear in front of just any soccer player and ask him to shoot the ball. 🙂

I was busy putting the final touches on my STREAM Girls program, and subsequently feeling pretty stressed, so Brian decided to take me on a little date to Belts’! It’s a short bike ride from our home, and we just LOVE their ice cream! 🙂 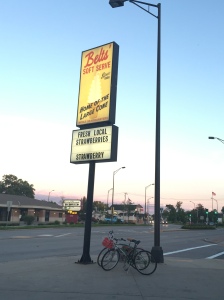 It’s easy to support local businesses when their products are delicious! 🙂

Up next? STREAM Girls- all the cuteness of Girl Scouts learning about their watershed and the Trout Unlimited volunteers who help. 🙂

As always, thanks for reading! 🙂

Since Brian and I decided to change the focus of our business so we are not solely/primarily wedding photographers, we have found ourselves with a new sense of enjoyment- a free weekend. We planned a trip up to the cabin with Nikki to surprise her beautiful momma (Marilyn) on her birthday! I’ve been going there with her and her family since we were a single digit age.

We had a fabulous weekend- Marilyn was surprised, we went on a pontoon ride around the lake, and we took a little time to recharge our batteries before a busy week ahead. 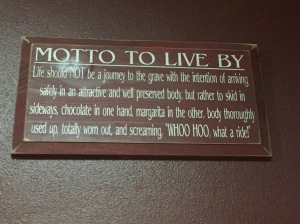 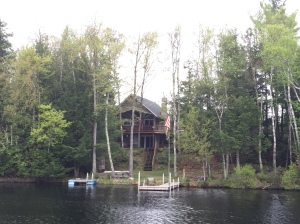 Brian knew I had a big week ahead, so he surprised me with a beautiful bouquet. I love flowers!!

Monday was a big day. We have city council meetings on the third Monday of the month, and since my alderman (fourth district) was recently elected mayor, we had a vacancy. I don’t have much of a background in local politics, but I polished up my resume, wrote a very honest and personality-filled cover letter, and threw my hat in the ring. In a case like this, the city doesn’t hold a special election- the city council votes to fill the vacancy.

I was very nervous at the meeting- appointing the fourth district alder was about halfway through the agenda, and I sat anxiously with Brian in the gallery. My original opponent saw my resume and cover letter and dropped out of the race- I don’t know if he was intimidated, or if he was just relieved that someone who cares about the city was going to try and fill the spot. I did have another opponent step up at the meeting, so when the interview portion of the evening arrived, I sat down next to Bryan Worzella. The council asked us a variety of questions about our ideas for the city and our vision, as well as our community involvement. Several members of the council were excused from the meeting, but when it came time to vote, I was elected 7-1. The clerk of courts came down and swore me in right away, and the mayor escorted me to my seat. 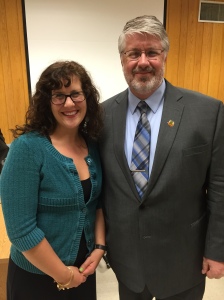 I’m proud to be Stevens Point’s District Four Alderwoman. I love my city and especially my neighborhood- that’s why we chose to root our home and business here.

I’m sure that my life will never be the same- I’m now spending all my free time (and then some!) trying to learn the inner workings of Stevens Point. Unfortunately, my editor at Hoopla fired me over the new job- since she also edits the City-Times, she said that being the staff photographer for Hoopla would be a conflict of interest. What a bummer… but I didn’t have too much time to think about it, as I rushed to La Crosse right after the council meeting.

I checked into my hotel, got a quick little sleep, woke up for an even quicker run…

then I headed over to Festival Food’s Onalaska office for my third and final day of headshots for that company.

Luckily for me, the Greenfields leave nearby, so after my photo shoot, I was able to meet them for dinner and snuggle with the newest member of our Delta Omicron family, baby Gloria! ❤

She’s absolutely perfect, and I’m so happy for Jaime and Karl. 😀

Once I got home, I immediately met with the major, the city attorney, and our comptroller/treasurer. There’s so much to learn! When I was overwhelmed with learning, I got a release through a workout with the reel mower.

Gosh, I love that thing, even when I let the lawn get too long and it’s difficult to operate.

That’s all for now, friends- thanks for reading! Up next? A trip to Chicago followed by a little more time up north.